VALUES
To transform the lives of people of all ages by teaching them resilience and the magic of being outdoors.
To ensure everyone gets an education
Amazing things can be achieved with hard work and clear values
Every experience is a lesson and every negative can be turned into a positive

CAREER
After being asked to leave school at 15 with no qualifications, John Davidson joined the army via a few dead-end jobs.
He served in two Special Forces units, including 22 SAS and was awarded Mention in Dispatches whilst serving in Military.
Since leaving the armed forces, he’s had a successful career using the skills learned from war zones around the world – from being a bodyguard to being involved in hostage negotiations with  armed terrorist groups.

CHARITY
Starting in December 2019, John rowed 3,000 miles across the Atlantic Ocean solo as part of the 2019 Talisker Whisky Atlantic Challenge. In his epic voyage from  San Sebastian de La Gomera, Canary Islands to Antigua in the Caribbean he raised more than £30k for the MyName’5 Doddie Foundation to contribute vital funds to help find a cure for Motor Neurone Disease. He is one of under 100 people to row the Atlantic solo.

In May 2020, John rallied more than 100 Ocean rowers to row 20 miles from their ergs at to help raise more than £231k as part of the  Around the World in One Day campaign for NHS Charities Together

Every year since 2013, he’s ridden a motorbike across North America with Sons of Royalty to help raise nearly £250k for Childline. 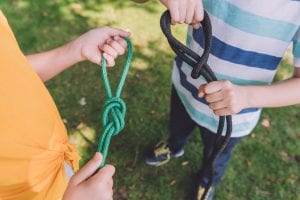